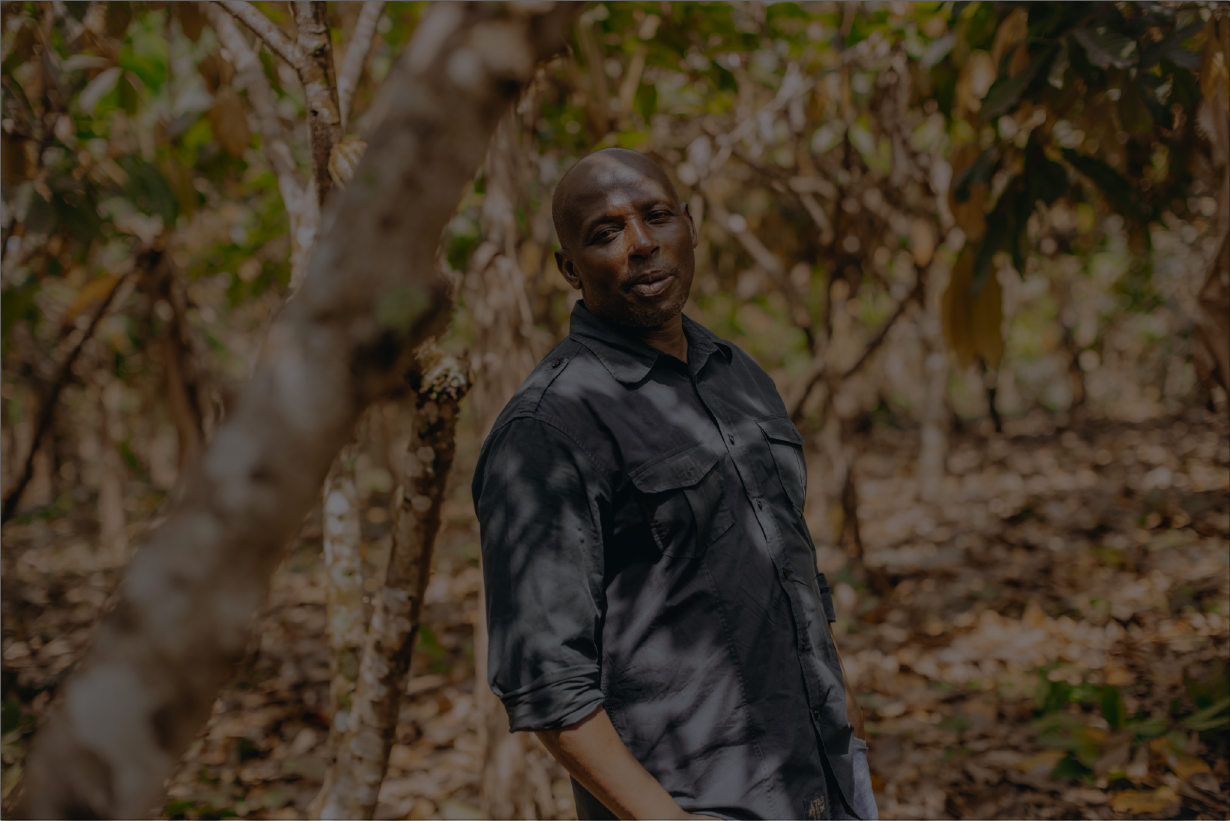 We work to improve the potential of our planet and better individual quality of life.

Pioneering Organic Cocoa in Ghana for over 14 years

Yayrator Glover, the Founder and Executive Chairman of Yayra Glover Limited. is a graduate of the University of Zurich, Switzerland. He is an expert in International Relations, International Law and Political Philosophy. Passionate about advocacy for the marginalized, he initiated the production of organic cocoa in Ghana in 2007 to pioneer a model that protects the rights of cocoa farmers for an equitable and inclusive stake in cocoa proceeds.

His focus is on empowering farmers to not only transition to organic cocoa, but to see beyond cocoa through Agro-diversification of cocoa farms. He has adopted the circular economy model that leans on regenerative systems with the aim of inspiring the creation of organic production systems that demonstrate, and drive increased sustainable volumes of production and efficiency, while simultaneously enhancing the quality of cocoa beans to benefit society and the environment.

He believes that the regenerative models underpinned by symbiotic business approach can help unlock the potential of businesses as a force for change and good to the society through the creation of new opportunities that do not only protect and conserve the environment but improves on the livelihood of farmers while assisting in meeting the Sustainable Development Goals.

Glover is poised at effecting collaborations that accelerate the company’s vision of local value addition including the processing of cocoa into liquor, butter, cake, and powder for the chocolate and confectionary industries, while significantly improving the livelihood of cocoa farmers.

Through the local processing of other agricultural products including local spices, vitamin A enriched maize and orange fleshed potatoes for affordable local consumption by farmers and export.(see Beyond Cocoa Video)

“Through this regenerative diversification model, I believe farmers will transition to earning revenue beyond cocoa, improve on the quality of the agricultural land while becoming more resilient to vulnerabilities from ecological, economic and social shocks. This initiative has led to the establishment of the Yayra Glover Foods & Beverages Limited. The factory which is 80% complete, awaiting the installations of machines to begin operations in December 2021. The company seeks to off-take all the non-cocoa produce of our farmers during the cocoa offseason. “

Yayra Glover leverages his has expertise in international relations, international law and political philosophy law in the creation of a model that protects the rights of cocoa farmers, and conserves the nature.

He is also the Board Chairman of the Yayra Glover Foundation which has seen the implementation of various Corporate Social Responsibilities.